Introducing Blu Gem (The girl with the Blue Hair) entrepreneur, vixen, singer, writer. actress. book her for your next event at [email protected] follow her on twitter and instagram @blu_gem_ also check out her clothing line www.thehouseofgem.com and follow @thehouseofgem

One of the most talked about models recently is Lira Galore of Houston, Texas. This voluptuous vixen has stunningly beautiful curves and a butt that could make a grown man cry. There’s now talk that the modeling world may copy her style.

Once upon a time, models were anorexic. The skinnier, the better. But today, curvy is now in. Big butts, big chests and exaggerated curvaceousness is in vogue. If this continues, expect this beauty to lead the way. 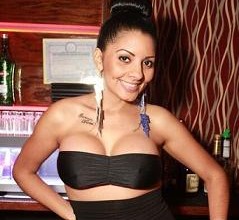 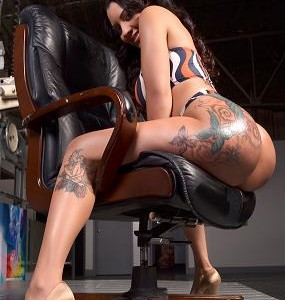 Pretty Lou: Right now your actually one of the most sort after Models by every barbershop in NYC, lol can you please tell them your measurements?

Pretty Lou: How did you actually get started in this business? And what’s next for Summer June?

Summer June: It all started with a few photo shoots but the video that really put me on the map was Maino’s Molly video. I have some big videos coming up that I can’t disclose yet all I can say is stay tuned

Pretty Lou: We see you featured in a lot of music videos but who are you actually looking forward to working with? And is there a possibility of Summer June doing film in the near future?

Summer June: Yes there is actually a film in the works now. One artist I would love to work with is Kanye West

Pretty Lou: When it comes to men what exactly do you look for in a relationship?

Summer June: I look for loyalty but that doesn’t seem to exist anymore lol

Pretty Lou: Okay this is Random… tell us your favorite alcoholic drink, shoe brand, all time television sitcom and perfume?

Summer June: Well my IG was just deleted at 15k today so I set up a new one it’s @therealsummerjune and my twitter and FB is @realsummerjune 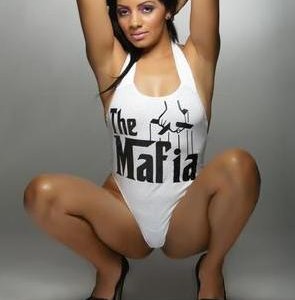 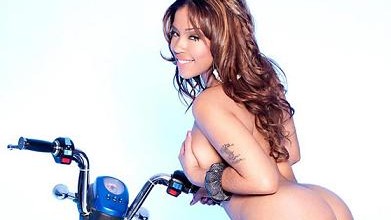 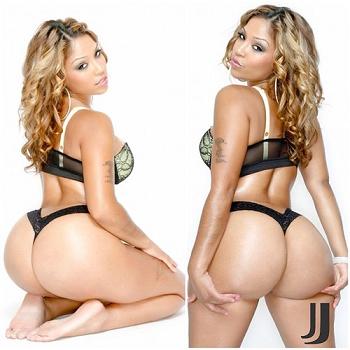 Pretty Lou: For anybody who isn’t already familiar with you, can you formally introduce yourself to us adding your ethnicity, where you were raised and your background within this industry ?

Elba: My name is elbaeverlasting I’m 100% Puerto Rican I was born in Arecibo Puerto Rico moved to the Bronx NY when I was 2years old I’ve also lived in CT for awhile that’s where I begin my modeling. Started from the bottom now I’m here

Pretty Lou: As a vixen you’ve worked with 50 Cent, Tony Yayo, Fabolous, Maino, Cam’ron and Red Cafe to only name a few… who else are you looking forward to working with in the music industry?

Elba: Well I’m working on my music career as well so I pretty much wanna work with a few titans of the game Jayz, Drake, Kanye xyz etc. I’m not tryin to always be on that side of the camera as a vixen all the time but I love to work with anyone’s who talented..

Elba: Well I still have a few magazines I’m working with and some still to come out. But lately I’ve been back and forth with my music and also filming for a show called THAT LIFE where I’m co hosting along side my co host big regg from CTs radio station 93.7 I’m also working on a new reality show. I’m over here working..

Pretty Lou: We’ve been supporting your new record titled “What we here for” that you’ve recently recorded. What inspired you to transition from modeling and bar tending to rapping? 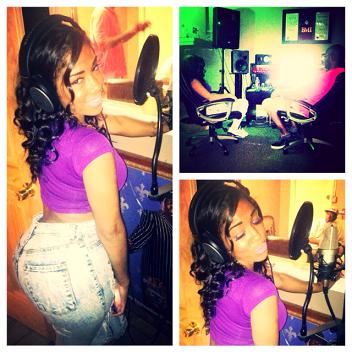 Pretty Lou: Thanks for Interviewing with PrettyLouNYC.com – How can people get in contact with you for collaborations and business inquiries? also social network followings, future updates and appearances info?

Elba: Anyone can hit me up for business and inquiries about bookings and collabos via email [email protected] my Instagram is elbaeverlasting so is my twitter and Facebook. 2014 beyond its the COALITION… S/O to DJ FORT NOX for always supporting my career.

Videos of Elba Below:

The Startenders celebrate the launch of Ciroc Amaretto at Starlets NYC during the popular Powerball Sundays party.